What Are These Beetles In My Fort Worth Pantry?

Home › Blog › What Are These Beetles In My Fort Worth Pantry?

If you’re a homeowner in Fort Worth, finding pests in your home can be really upsetting and disgusting. This is especially the case when dealing with pests around your kitchen and in your food, as these pests can make you feel especially grossed out. 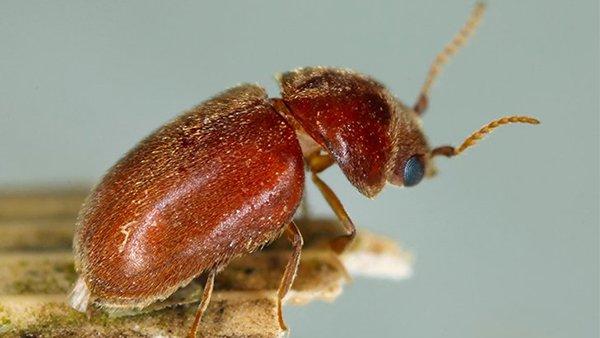 Pantry pest beetles in Fort Worth are insects that are attracted to items commonly found in pantries, such as sugar and flour. While there are several species, they cause similar issues as they contaminate any food sources they come into contact with.

In Fort Worth, the most common types of pantry pest beetles are flour beetles, cigarette beetles, and drugstore beetles. Since these three pests look quite similar, here is how you can tell them apart:

Given that these tiny pests are found getting into your food, it makes sense to be extra concerned about any health issues. It’s true that any food that a pantry beetle touches is considered contaminated and needs to be thrown away and not consumed. However, they aren’t really known to be dangerous.

There’s no evidence that any of these beetles carry or spread diseases that harm humans, so as long as you don't consume contaminated food, you don’t have much reason to worry. They also aren't going to bite or sting you.

How Do Pantry Beetles Get Inside Your Home?

Most common pest species in the area come inside buildings in search of prey or shelter. But, pantry beetles don’t come from your yard into your home. Instead, their infestations begin when you bring home food that is already infested.

As pantry pests lay their eggs in food such as flour, sugar, cereal, and spices, they use our food as nutrients for their growing larvae. You’re most likely to get pantry beetles by buying items from the grocery store that have eggs already inside of them. You can help avoid buying already infested items by checking the packaging for small webs or a powdery appearance.

If you already have pantry beetles, throw out ruined products, and then make sure to deep clean the area where the items were held. You should also store food, especially flour and sugar items, in airtight containers.

How To Handle Pantry Beetle Infestations

Finding a beetle infestation in your pantry can be rather off-putting, and having to throw out food because of insects is never something you'll want to do. So, if you do find yourself facing a pantry beetle infestation of any kind, the most effective way to remove them and keep them from coming back is to get help from the experts at All-Safe Pest & Termite. With more than 700 five-star reviews, you can trust our affordable and reliable pest control services. To find out more about preventing and removing beetle infestations, contact us today for a free estimate.