A Guide To Dangerous Spiders For Plano Property Owners

No one wants a spider bite, of course, but if a spider bites you, you won’t turn into spider man or die. That doesn’t mean you want to test the theory, though!

Spiders are one of the most feared pests. However, how much do you need to worry about spiders in Plano? Here are some common spiders, along with information about the dangers they pose and some prevention tips. 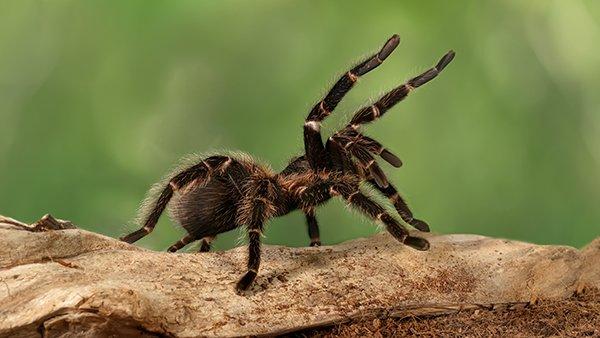 Although all spiders have fangs and venom, not all spiders are harmful to humans. Many spider bites won’t even break the skin, and the venom is not enough to harm a human. We understand that these eight-legged creatures are unpleasant to find in your home, but they aren’t likely to hurt you.

Even black widow and brown recluse spiders only bite when threatened. Usually, these spiders bite when someone accidentally sits on them or reaches into a box where they’re hiding.

If you do think one of these dangerous spiders bit you, monitor the bite site and seek medical care if you start to show any symptoms such as swelling, redness, fatigue, pain, or rash.

Of course, your best option is to avoid a spider bite in the first place. To do this, you should keep spiders from getting inside your home.

Spiders most often wonder indoors looking for food. To prevent spiders, you need to prevent the other pests that spiders might feed on, such as flies, mosquitoes, and ants.

You can also avoid spiders by de-webbing and sealing holes and cracks along the exterior of your home that may allow entry.

Not sure what pest is attracting spiders? Need help identifying the species of spider? Are you feeling overwhelmed by spiders continually appearing in your house?

No matter what your spider-problem, All-Safe Pest & Termite can help. We’ll start with an inspection, work with you to create a treatment plan, and stay in touch to ensure that you see long-term relief from spiders, both dangerous and not.