What Plano Homeowners Ought To Know About House Spiders

Home › Blog › What Plano Homeowners Ought To Know About House Spiders

Many people will rent a place before they’re ready to buy a house. Upon moving in, you’ll probably see some spiders: house spiders. People will tell you that they’re just hunting the other pests in your house and that they’re not doing any harm. And you’ll think they’re just there until you get settled since you had so many doors open during the move-in. But what happens when the first week turns into the first month, and you’ve still got a spider in every room, making webs in the corners and making your heart skip a beat when you see them? 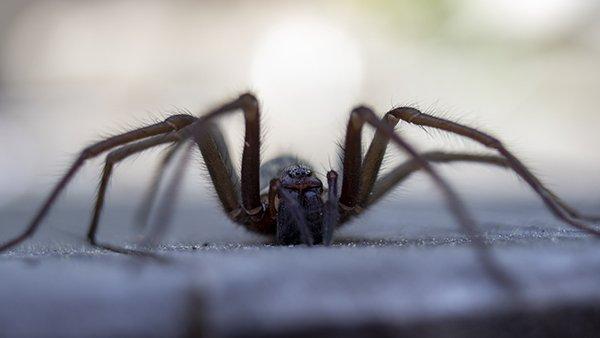 Usually, it’s hard to know when you have a spider problem because they don’t like being around people. You may see the occasional web, but, other than that, spiders will avoid human interaction as much as they can. House spiders, on the other hand, don’t find humans very frightening, and we shouldn’t find them very frightening either. They have venom and fangs like almost every other spider, but they aren’t aggressive. If you do wind up being bitten by a house spider, it’s most likely because they felt threatened. This bite can be painful, but the toxin will not do anything more than create some swelling and itching.

You might think that you haven’t had house spiders around until recently, but they most likely have always been there. You see, they’ll live in hiding until they outgrow their habitat, which will make them much more prevalent and visible. If the idea of spiders running around your house and making webs in the corners is unsettling, then there are some things you can do to prevent them. Remember, if there are house spiders within your walls, they’re in there because of the pests they can hunt. If you follow a few guidelines of general pest control, you might be able to keep house spiders at bay.

While these guidelines can help keep pests and house spiders out of your house, there is no replacement for the guarantee that comes with professional pest control. For help getting the spiders, or the pests that they feed on, out of your home for good, contact the experts at All-Safe Pest & Termite for all your spider extermination needs.